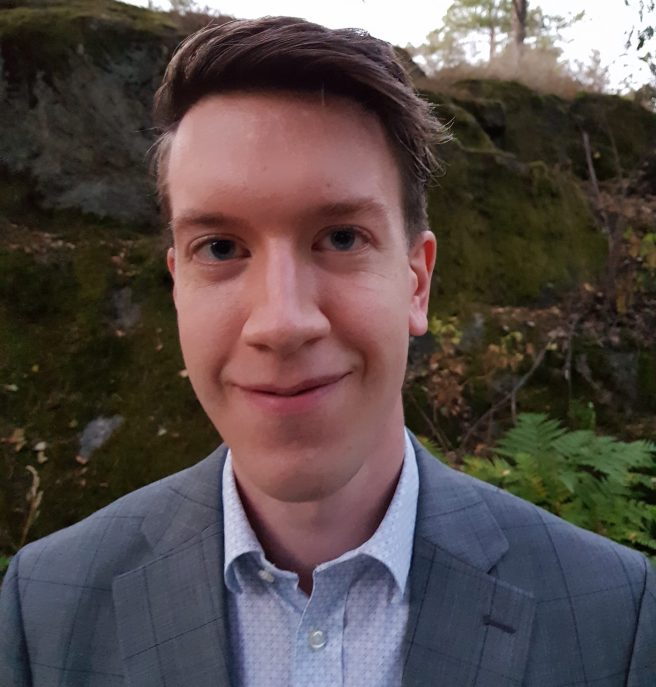 André Törnfeldt (born 1993) is a composer, arranger and musician from Strängnäs, Sweden. He started playing trombone at a young age and began composing at the age of twelve.

He studied at Södra Latins gymnasium in Stockholm as a classical trombonist and tubaist for Sven Larsson. During those years he played in a wide degree of orchestas and ensembles such as; symphony orchestra, chamber groups, big bands, brass ensemble, jazz ensembles, pop/rock ensembles, wind bands and a drum and bugle corp band.

In 2012 André began his studies in composition at The College of Music in Piteå for Professor Jan Sandström. André finished his masters degree 2017. He has also studied for Fredrik Högberg, Johan Ramström, Hans Hjortek and Gary Verkade.

The Award of the Audience – Esbjerg Ensmble Composition Competition 2016